George Mountford Adie was born in Great Britain on 14 January 1901. He died in Sydney Australia on 29 July 1989. He was the son of a furniture dealer and had a typical middle class upbringing, having been sent by his parents to boarding school. Adie started working as a stock broker, but later switched to architecture, becoming an innovative architect with an acute sense of history and tradition pertaining to the art. He also took up the hobby of restoring Elizabethan architecture, later expanding his activities to restoring Elizabethan rooms, as the result of which he passed the examinations for the Royal College of Architects without having attended any tertiary institution. He co-founded the Mayfair firm in England, which bears his name up to now (Adie, Button Partners). He carried out volunteer work during World War II, designing barracks for soldiers and aides, who were moved from their homes, as well as dormitories. Despite the fact that he never studied as an architect, some of his architecture was very innovative. Adie designed a government bus shelter at Stockwell with open ceilings.

George Adie became interested in Theosophy and Yoga. While studying the latter, he had an experience of going outside his body, which produced a great impression on him. In 1930 Adie married Helen Adie (1909-1996), and they both became pupils of P.D. Ouspensky, and then of G.I. Gurdjieff, whom he met in August 1948 and studied with him until his death in 1949. Gurdjieff taught him a method called the “preparation,” which was something different from contemplation, meditation or the combination of both. Adie taught this method during the rest of his life, being one of the few pupils of Gurdjieff to pass this tradition on without change. Later on, he moved to Australia, where he instructed a number of Gurdjieff groups until his death in 1989.

Adie was also instructed by Gurdjieff in the technique of building “higher being bodies.” He mostly developed what was usually considered as the more traditional, mystical side of Gurdjieff’s ideas, including methods of receiving and processing the air, and certain impressions more refined than the usual types. Adie referred to Gurdjieff’s method as “the method of causation in thought,” emphasizing its aim as the formation of “higher being bodies,” which is consistent with the notion in traditional religions of the immortal soul. Adie followed Gurdjieff’s thought in stating the necessity of building an astral body in order to achieve immortality of the soul, stressing the importance of doing this work consciously (while “remembering oneself”). He examined the points of similarity and dissimilarity of these ideas with traditional religions, especially their mystical traditions. He taught the importance of overcoming negative emotions, since those ruin the substance of the astral body, and to develop a calm and balanced attention and concentration, which helps crystallize the astral body.

Adie provided developments and explanations for many of Gurdjieff’s ideas. He repudiated the allegations that Gurdjieff’s teaching lacks the concept of morality or the feeling of love, explaining that the Master’s notion of “conscience” essentially revealed the presence of these two forces, which were otherwise skillfully concealed in his teaching. Adie passed on to his pupils a number of exercises which Gurdjieff had taught him, including the “preparation,” as well as the exercises “Four Ideals”, “Real I”, “Collected State”, “Colour Spectrum” and “Complete Submission” (otherwise known as “Clear Impressions”). Adie was a perceptive and, at times, a clairvoyant instructor. Impressions from Adie’s instructions were written down by his pupil Joseph Azize, titled “George Mountford Adie: A Pupil in Australia,” meant to present his teachings to an international audience.

Why do you run away in your feeling?

Our Imbalances All Balance

ON THE WILL OF GOD

Towards Intentional Suffering – In the tradition of Mr Gurdjieff, with Mr and Mrs Adie 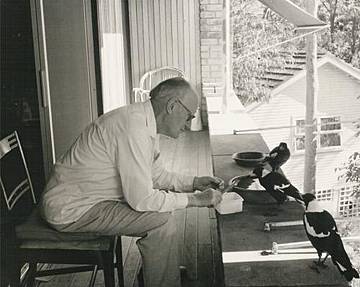