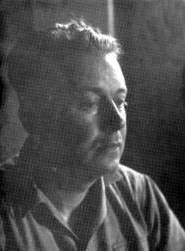 Henri Thomasson (1912-1996) was a French writer and mystic. He was born in Lyons, France in 1912. His first contact with the Work occurred in 1947 in Paris when he participated in the group of Henriette Lannes. Through this group he later became introduced to Mme de Salzmann and Gurdjieff. Thomasson considered Henriette Lannes and Mme de Salzmann to be his lifetime teachers.

Thomasson was one of the leaders of the Fourth Way group in Lyons. He was encouraged by Henriette Lannes to establish new groups in Italy – in Turin, Milan and Rome, while continuing to work with the group in Lyons. With his wife Michèle, a teacher of the movements, he gathered many people around him, inspired by his teaching, to deepen the understanding of his work, carrying out the exercises that he gave them with the utmost meticulousness.

During his many years in the Gurdjieff Work, Thomasson kept a journal, which was subsequently published in four volumes in French and Italian. They have the following titles: Batailles pour le present: Journal d’une experience 1947–1967 [Struggles for the Present: Diary of one Experience 1947-1967] (1974), Les Chemins Contraires [Contrary Paths] (1981), A La Source du Vivant [Towards the Source of the Living] (1988), andBagliori dell’Anima [Gleams of the Soul (1992). He also has a book of memoirs of his childhood and early youth, Ce Que Le Temps Epargne [That Which Time Preserves](1983), a book of parables and other collected works, Il Pellegrinaggio [The Pilgrimage or The Path of Life] (1980) and a volume of poetry, Umbria Terra Di Magie [Umbria, Land of the Magi] (1995). Henri Thomasson’s journals span through the period starting from his first encounter with the Work in Paris in 1947, throughout his years as a pupil of Henriette Lannes, the leader of Fourth Way groups in Lyons and Turin and the founder of groups in Rome and Milan. They present a valuable testimonial document of his endeavors in integrating Gurdjieff’s teaching into daily practical work over the course of forty years. The journal does not recount bare historical facts of his groups’ work. Only in the first volume does he give explanations of Gurdjieff’s ideas. Instead he presents a subjective analysis and verification of these ideas in their application to everyday life, enhanced by self-observation and strict self-interrogation. Thomasson’s approach was to use every occasion in life as an opportunity for self-observation, which he deemed necessary to overcome the part of himself that he termed as “The Imposter”.

“What exactly are these movements? This question can really be answered only from direct experience of practiceсe of the movements. Nevertheless it can certainly be said very precisely that they lead to the attainment and maintenance of an awakened state.”

“So for anyone who practises the movements, they become a search for the means of really living them and for the power they give of being lived in this way. At such a level they lead to the attainment of that world to which prayer and meditation lead on other paths, but which, on this path, includes and makes use of the human apparatus in its entirety.”

“As time goes on, the movements bring to life in us parts that have previously existed beyond our ordinary perception. A new world, bathed in the strange sense of inner presence evoked by the exercises, replaces the fog in which our usual mental activities exist and this can bring with it a transcendental emotion.”