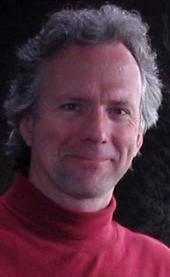 David Hykes (born 2 March 1953) is an American composer, singer, musician, author, and meditation teacher. He was one of the earliest modern western pioneers of so-called overtone singing, and has developed since 1975 a comprehensive approach to contemplative music which he calls Harmonic Chant (harmonic singing). After early research and trips studying Mongolian, Tibetan, and Middle Eastern singing forms, Hykes began a long series of collaborations with traditions and teachers of wisdom and sacred art, including His Holiness the Dalai Lama, and the Gyuto and Gyume monks.

Hykes founded the Harmonic Choir in 1975, and has performed and taught Harmonic Chant and the related Harmonic Presence work in America, France, Germany, Italy, Switzerland, Japan, Australia and many other countries.

David Hykes is a Dharma student of Choky Nyima Rinpoche, who gave him the name Shenpen Yeshe, “the Primordial Wisdom that brings happiness to beings,” and Tsoknyi Rinpoche.

He completed twenty years of spiritual studies in the Gurdjieff Foundations in New York, San Francisco, and Paris, as a student of Gurdjieff’s successors Lord John Pentland and Dr. Michel de Salzmann.

He has done music for the film Meetings With Remarkable Men (1979) that is a kind of esoteric biography of G.I Gurdjieffs quest for esoteric knowledge. Hykes eerie deep throat/ western style choir singing can be heard on the part of the film in which Gurdjieff is escorted to the Sarmong brotherhood, hooded on horse back through the inacessible mountains of central asia. This is quite unique music and deeply esoteric in nature.