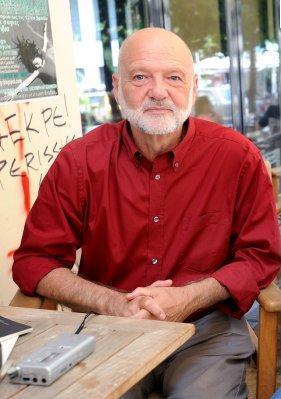 Dimitri Peretzi is the head of the Gurdjieff Foundation of Greece since 1978. He has led Work meetings in Paris, New York, London and Amsterdam, and he is the author of several books, articles and theatre plays, all related to the teaching of the Fourth Way.

Mr. Peretzi received a degree in Engineering from the Athens Technical University in 1967. He subsequently did graduate work in philosophy at Yale University, from where he received his M. Arch in 1971. In 1970 he met Lord Pentland and was with his New York groups until 1974 when he moved to Athens, where he started Intekta SA, his own construction company. He remained in close contact with Lord Pentland until his death, after which he remained in close contact with Mme. de Salzmann in Paris until she passed on.

Based on the guidance he received through his extensive contacts with major Gurdjieff pupils, Mr. Peretzi has written and lectured widely on the subject of identity, of “who man is” as he treads the difficult path that leads from “personality” to “living by essence”. His intent is to give descriptions of the Work that are compatible, both with current ideas that have been developed in the Philosophy of Mind, and with data that have been accumulated over the last decades by Physiology and general scientific observation. In his texts he describes man’s struggle for spiritual fulfillment as his effort to move from the imaginary to the real, to leave behind the artificial images by which he defines himself in the usual circumstances of life and reach the reality of being that originates from the direct sensing of existence, of I am.

The articles by Dimitri Peretzi on our web-site: